We call it The Dallas Makerspace but the truth is that DMS is a hackerspace. As hackers, most of us are familiar with the hackaday blog but I’ll play along and give you the rundown if you aren’t familiar with it and you’re still reading this instead of just heading over to the blog and checking it out.

We are taking back the term “Hacking” which has been soured in the public mind. Hacking is an art form that uses something in a way in which it was not originally intended. This highly creative activity can be highly technical, simply clever, or both. Hackers bask in the glory of building it instead of buying it, repairing it rather than trashing it, and raiding their junk bins for new projects every time they can steal a few moments away.

Hackaday, which was stylized as “Hack A Day” when most of us discovered it, is a blog that covers hacks, engineering projects, and in general: entertainment for engineers and engineering enthusiasts. The way the site works is that anyone can submit a tip to the blog and the writers read over the tips and write articles about the ones that they think people would enjoy reading about. The editors give writers the freedom to choose which hacks or projects to write about. This system works rather well because all the writers started out as readers of the blog, this is the only avenue to become a Hackaday writer.

The blog has grown quite a bit from its humble beginnings of covering one hack per day back in 2004, now the hackaday blog publishes an article every 3 hours. In the beginning the blog only covered hacks and projects. The blog still covers hacks and projects from around the internet along with special interest pieces from the writers and editors.

A few years ago the Hackaday Prize was started, this was a hardware contest for hackaday readers to enter (free of charge to participate) with a chance of winning the grand prize of a trip to space. Seriously, 1st prize was a trip to space via Virgin Galactic or a cash option of over $190K. With great success in the first few years of the contest hackaday.io (yes the hackaday prize is run from the .io site, the .com site is primarily for the blog) has created a large community of over 100,000 members working on thousands of projects together.

The meetup at the DMS on March 19th is to promote the 2016 Hackaday Prize, we will be explaining how the contest works and what changes have been made to the contest for 2016. We will also provide food and drink (adult and non-adult drinks will be available) for those in attendance. We encourage everyone to bring a hack or project they have been working on to show off and/or give a lightning talk. If you want to give a lightning talk we will have signups available a little closer to the Meetup date.

If you plan to come please RSVP so we can be prepared with enough food and drinks for everyone. I hope to see you all at the event! 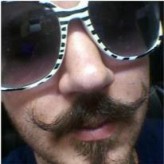