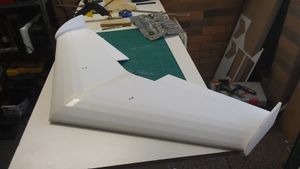 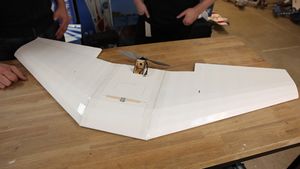 The FT Versa Wing is a flying wing built from Dollar Tree foam board, which is designed to be built quickly and cheaply. You can order a laser-cut kit from the Flite Test store for about $30, or laser cut your own using the Lasersaur at the space for about $5 in materials and laser time.

Check out this Wiki page for more Flitetest planes and parts.

The versa can use a tractor setup by using the standard FT Power Pod, or a pusher by using the FT Elements motor mount.

For pusher configuration, the motor mount can either be laser-cut out of 3/32" plywood, or 3d printed out of ABS. 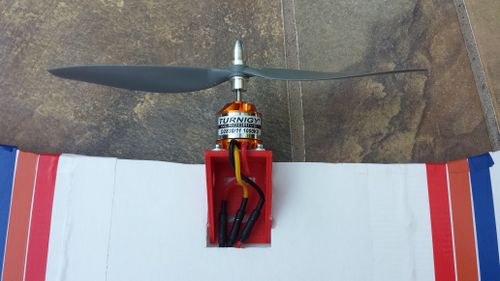 The control horns can be either laser cut from 3/32" plywood, or 3D printed out of ABS. 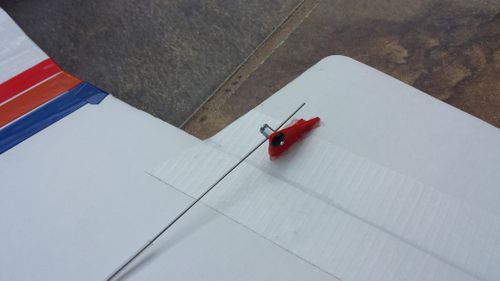 To build a versa wing, you will need the following things:

Here are all of the files required to build your very own Versa Wing. These links will be kept up-to-date with any bugfixes.

This version has been slightly modified from the original FT plans. The notches for the power pod have been removed, and hatches have been added to the wing underside to allow access to the servos once built.

This is only required if you are building the tractor version. However, it can also be used with other FT swappable aircraft designs.

This is a modified blunt nose version designed for pusher use only. The winglets have been enlarged to increase yaw stability, and all power pod holes and unused cuts have been removed. The servos mount vertically on the tabs, instead of inside the wing as well. The hatch area has been changed to one large hatch, instead of two small ones. The DMS logo and some text has also been added (purple color). These can be etched directly onto the foam at around 6 to 7% power. If you don't want the logo and text, simply ignore the purple lines when laser cutting.

The Lasersaur Laser Cutter is used for laser-cutting the versa. It seems to give the best results, I had problems with the full spectrum laser cutting through the foam even at the lowest power settings.

These power settings work well on the Lasersaur with Dollar Tree foam board:

The following settings work well on the Lasersaur with 3/32" plywood:

ABS should be used for strength, and parts should be printed at high-density.

In pusher configuration, both the standard and blunt nose versa will probably need nose-weight added in order to balance out. This makes it useful for carrying FPV gear, and you should try to mount the gear as far forward as possible. For the blunt nose version, you can hot glue AA size batteries in the nose as ballast.